PVC, an abbreviation for polyvinyl chloride pipe, is among the most commonly used materials for household plumbing. 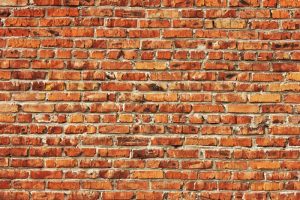 If you are a bit of a do-it-yourself project expert, chances are you have come across PVC pipes often.

They are not just used for plumbing, but many home décor hacks and craft projects use PVC pipes for a variety of reasons.

If you are thinking about starting such a project yourself or just thinking about making plumbing repairs around the house, learning how to cut PVC is a trick that you should always have up your sleeve.

While PVC pipes can be cut in various ways, I will teach you how to cut PVC pipes with a hacksaw, pipe cutter, and miter saw. Each of these procedures has its own advantages, so you should choose according to your level of expertise, time, and scale of the project.

While using hack saws to cut PVC pipes is very convenient and doesn’t require any large investments, it can be tedious for large-scale projects.

In this scenario, a miter saw may be the ideal choice as you can work very quickly, and it is less labor-intensive. Don’t feel the pressure because if you choose the right tool and method, cutting a PVC pipe will be a piece of cake.

Let’s not waste any time and get right into it:

Step To Cut PVC Pipe With A Hack Saw

The hacksaw is most often used for cutting PVC pipes since most homeowners already have one in their workshop or storage.

Hacksaws work effectively, but they are labor-intensive and can result in extra work to smoothen the corners of the cut PVC pipe. If you simply need to cut one or a few pipe sections, a hacksaw is the best and most convenient instrument to use.

As promised, here’s a step-to-step tutorial on cutting PVC pipes with the help of a hack saw. Remember to use a vise, C-clamps, or quick-release clamps to secure any PVC pipe.

If you try to hold the pipe with your hands while using the hack saw, you may injure yourself.

Step 1: Mark The Position Of Your Cut Using A Measuring Tape

Mark the place where you wish to cut the PVC pipe with a tape measure and a marking instrument such as a pencil or marker.

It is recommended that if you’re cutting a new piece of PVC pipe, you may attach it to your workstation with the help of a clamp to keep it from rolling or sliding throughout the cut.

You can also use a miter box but ensure that it is secured to a table.

Before you start sawing, ensure sure the hacksaw’s adjustment nuts are taught. You can tighten them with your hand or a wrench; however, avoid overtightening them.

A careless blade will cause the cut to wander and not create a straight, even cut down the pipe’s diameter.

Draw the hacksaw blade backward to produce a notch in the PVC pipe, then place it on the cut spot. This process can be continued until the pipe has a distinct yet clean notch.

This notch will serve as a guide for all future cuts, making it simple to glide the saw back and forth without bouncing over the pipe’s surface. Begin to cut with a back-and-forth motion, being careful to keep the cut straight as the hacksaw cuts deeper into the pipe.

Allow the saw to do the work. Cutting too rapidly at this stage may cause the saw to wobble and throw you off track from making a clean cut.

Slow down the sawing motion as you near the bottom of the pipe, and finish the cut smoothly and effortlessly at an angle to avoid a ‘blowout’ of the pipe’s edge.

Don’t be alarmed if you were not able to make a clean cut. This step will take care of any rough edges that the cutting motion might have caused since backward burrs or rough edges are likely to be left near the cut point of a hacksaw.

Remove the rough parts from the end with a utility knife by running it along the inside border of the pipe, and this process is also called deburring.

Alternative methods to debur include the use of heavy grade sandpaper in the same manner as the utility knife, or you can buy a de-burring tool, which has a tapered cone that rotates back and forth within the pipe end to remove the burrs.

Some Others Do-It-Yourself Methods

If you have a lot of PVC pipes to cut, an electric miter saw is ideal. To avoid injuring yourself, you must pay close attention and understand how your miter saw operates.

If you want to make precise, clean cuts in seconds, learn how to cut PVC pipes with a miter saw. Here’s a tutorial to guide you!

Once you’ve gotten over that, you’ll be able to cut large amounts of PVC pipe quickly and correctly.

Step 1: Measure And Mark The Length Of The Pipe You Want To Cut

You will need a tape measure to mark the pipe according to the specific length you require. Once you have decided on the length, use a pencil or sharpie to mark the point that needs to be cut.

Step 2: Position The Mark And Secure The Pipe

Since you have already marked the length of the pipe now, all you need to do is align it to the miter saw. You can do this by clamping the pipe with the help of clamps and attach it to the miter saw table and fence. It is recommended to use a pipe clamp that has a curved face as it will hold the pipe down and prevent it from swaying away when you make the cut. Using your hands to hold the pipe in position is out of the question because you will be at the risk of gravely injuring yourself.

Now that you have taken all the precautionary steps, it is time to make the cut. The pipe is in position so just pull the switch handle while lowering the miter saw arm on the marked area. Make a smooth cut through the pipe without applying a lot of pressure. You can take your hand off the trigger once the saw has gone all the way through the pipe. Don’t lift the blade or remove the pipe until the blade of the miter saw stops on its own.

The pipe cutter employs a ratchet mechanism that applies repeated pressure to the blade against the plastic.

Simply press the mark you wish to make on the pipe against the cutter’s blade, then squeeze until it comes into contact with the pipe wall. Release the mechanism, then press again until the blade is completely through the pipe.

The main disadvantage of using a plastic pipe cutter is that it causes hand discomfort since you continuously squeeze the cutter handles together.

Plastic pipe cutters should only be used for modest jobs with less than ten cuts. Any more than that, and your hands will be in agonizing pain over the course of the next few weeks.

Here’s how you can avoid injuring your hand while cutting PVC pipe with a pipe cutter.

Step 1: Mark And Measure The Pipe To Cut With A Pipe Cutter

The first step is the same as all the other methods. You need to measure out the length of the PVC pipe with the help of a tape measure and then mark where you want to cut the pipe.

The blade will rise when you unlock the handles of the ratchet-style pipe cutter.

Slide the pipe between the blade and lower jaw with one hand and the mark you created facing up. Place the pipe cutter’s blade on the mark and push the handles together until they come into contact.

Squeeze the handles together until the blade reaches the mark, then release the handle and repeat to employ the ratcheting motion.

Continue to ratchet down on the pipe until you are finished, and it splits into two sections.

I hope you found the three methods helpful. Don’t forget to take safety precautions to avoid any serious injuries when cutting PVC pipe with any instrument, whether manual or power, keep track of where your hands are at all times.

When cutting PVC pipe with a saw, always clamp it and never hold it. Remember to use safety glasses, goggles, or other eye protection since pipe pieces can rebound from the cut area.

This is especially crucial when working with power tools. Finally, put on a mask or respirator. When a PVC pipe is cut, it might release tiny particles that aggravate the lungs or throat.

Take caution when heating the pipe as PVC can release chlorine gas, which can be hazardous if inhaled over an extended period of time. 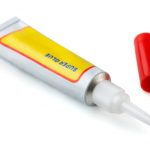 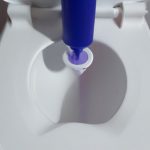 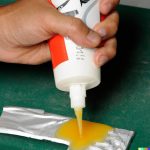 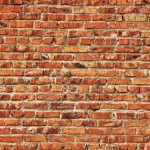 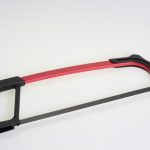 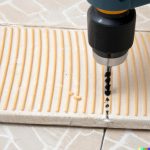 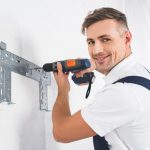 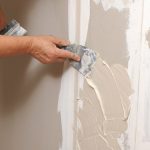 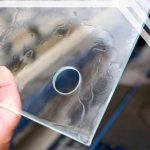 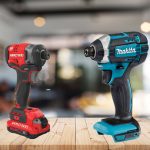 Hi! I am Justin Rubin, and all of my favorite hobbies include; a tool of some sort, from gardening tools to the tools that you are going to need to build a treehouse for your kids, I know it all.